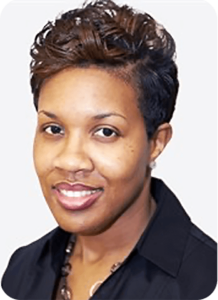 At the age of three, DeShonte began her dance training in Ballet, Tap, and Jazz. She later developed a special love for “Tap” and took a master class under the direction of Mr. Lonnie McFadden. Since then, DeShonte’ has had the privilege of working with the Kansas City Friends of Alvin Ailey as a summer camp “Tap” and “Jazz” instructor.

Some of DeShonte’s choreography and instruction include:

DeShonte’s love for dance isn’t to be outdone by her academia. She has attained the following academic credentials:

DeShonte is dedicated and has a passion for working with youth while challenging them to strive for excellence in all that they do. She believes in instilling values not just for the moment … but values that will last a lifetime.

Paco Vitug graduated from the Conservatory of Dance and Music at the University of Missouri-Kansas City, pursuing his degree in Dance Performance (Classical Ballet & Modern) and Choreography.

Prior to joining the Creative Movements family, Paco’s professional dance and choreography career spanned decades to include:

When he’s not choreographing at Creative Movements, Paco trains in the style of competitive Ballroom under Rafael Labrado in “American Rhythm” and “International Latin.” Additionally, for the last five years he has performed with Storling Dance Company in “Underground” and “Child of Hope” at the Kauffman Performing Arts Center.